Required cookies are essential to let you move around the website and use its features, such as accessing secure areas, shopping baskets and online billing. These cookies allow our website to provide services at your request.

Functionality cookies are used to remember the choices you make, e.g. your user name, log in details and language preferences. They also remember any customisations you make to the website to give you enhanced, more personal features.

Targeting cookies collect information about your browsing habits to deliver adverts which are more relevant to you and your interests. They also measure the effectiveness of advertising campaigns.

This site uses cookies and related technologies for site operation, analytics and third party advertising purposes as described in our Privacy and Data Processing Policy. You may choose to consent to our use of these technologies, or further manage your preferences. To opt-out of sharing with third parties information related to these technologies, select "Manage Settings".

Our hybrid systems are light and compact, and when combined with a lightweight chassis and responsive efficient petrol engine, this means you can expect nimble performance as well as improved efficiency.

Taking the place of a conventional alternator, the ISG enhances fuel efficiency by assisting the engine during acceleration – which means you’ll use less fuel during the most intensive parts of your journey.

For a truly unique driving experience, you might even want to consider our ALLGRIP 4-wheel drive option, which helps maintain grip and excellent performance on all types of terrain.

Choose Your Hybrid Car Browse our SHVS (Smart Hybrid Vehicle by Suzuki) models below to find the perfect car for you and your lifestyle.
Featured

How our Hybrid system works

The Integrated Starter Generator used in our hybrid system is belt driven, which makes restart quieter and smoother than other stop start systems - without the noise from the starter motor gears.

The only time our hybrid system uses the conventional engine starter motor is when the car’s first started from cold. The rest of the time, it uses the ISG unit to allow smooth and quiet engine restarts that you’ll barely notice. 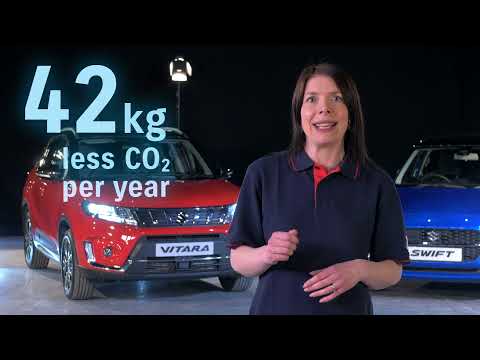 Once you’re on the move and building up speed, the ISG will assist the engine during the during fuel-consuming acceleration. Then, while you’re cruising, the electricity that was stored during acceleration is used to power some of the electrical components in the car. At the same time, performance is maximised by focusing the power of the engine on driving instead of charging.

As you begin to slow down, the ISG efficiently converts the kinetic energy to electrical energy, charging both batteries – and when you apply the brakes, generation output increases to charge the battery further.

Company Info
© 2022 Roadworthy Bristol
574-590 Fishponds Road, Fishponds, United Kingdom, BS16 3DD
Reg Office: Roadworthy Bristol Ltd 574-590 Fishponds Road Fishponds Bristol BS16 3DD
Reg. Company Number: 2382635
VAT Reg. No. 601159088
Roadworthy (Bristol) Limited is an Appointed Representative of Automotive Compliance Ltd, who is authorised and regulated by the Financial Conduct Authority (FCA No 497010). Automotive Compliance Ltd’s permissions as a Principal Firm allows Roadworthy (Bristol) Limited to act as a credit broker, not as a lender, for the introduction to a limited number of lenders and to act as an agent on behalf of the insurer for insurance distribution activities only.

An introduction to a lender does not amount to independent financial advice and we act as their agent for this introduction. Our approach is to introduce you to Suzuki Finance, who are usually able to offer the best available package for you, taking into account both interest rates and other contributions. Suzuki Finance may pay a fixed commission to us for introducing you to them, calculated by reference to the vehicle model or amount you borrow. Suzuki Finance may also provide preferential rates to us for the funding of our vehicle stock and also provide financial support for our training and marketing. But any such amounts they pay us will not affect the amounts you pay under your finance agreement, all of which are set by the lender concerned. If you ask us what the amount of commission is, we will tell you in good time before the Finance agreement is executed. All finance applications are subject to status, terms and conditions apply, UK residents only, 18’s or over. Guarantees may be required.

Whatever your question or feedback we are here to help. So please feel free to contact us

JOIN US ON SOCIAL

Immerse yourself even deeper. Visit our social channels